The Delaware County District Library (DCDL) Board of Trustees is pleased to announce that Bryan Howard has been confirmed and has accepted to serve as director of the Library, replacing George Needham, who will be retiring on September 30.

Mr. Howard will begin his tenure as director effective September 1 and will spend one month working with Mr. Needham, prior to his retirement. 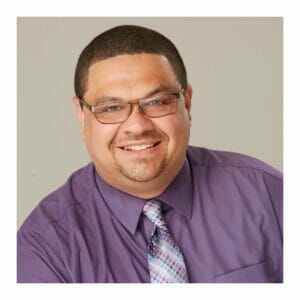 The Trustees gathered on Monday, July 25, at 9:30 a.m. for a special meeting, during which the confirmation was made.

“I am so pleased that Bryan accepted our offer,” said DCDL Board President Holly Quaine. “In addition to his experience in and passion for public libraries, Bryan impressed the board as a man of integrity. Bryan demonstrated through his conversations with the board at all three interviews that he is genuine, unpretentious and approachable.”

“My love for public libraries is deep,” said Howard in his application. “I love the connection between a community and their library.”

Most recently, Howard has served as director of the London Public Library in London, Ohio for the last five years. He has also served as the New Carlisle Public Library director and spent much of his career working in all aspects of public library service, including technical services, outreach, circulation, children’s and adult services.

“As the face of the library, we could not have done better. I am so looking forward to working with this intelligent and ardent library professional,” said Quaine.

Needham announced his retirement to the Board of Trustees at the January 18, 2022 board meeting. Needham has devoted five decades to public libraries, working as director of the Delaware County District Library since 2015. The trustees employed Libraries Thrive Consulting of Ohio for services in the director search.

Candidate interviews took place during a special meeting of the Board of Trustees on Saturday, June 18.

The next regular meeting of the Board of Trustees will be Tuesday, August 16 at 5:00 p.m. in the Delaware Main Library Community Room. Library Trustee meetings are open and available for members of the public to attend.

The Delaware County District Library serves as the public information provider for our community, using traditional and innovative technology to encourage curiosity, free inquiry, and lifelong learning in a friendly environment.